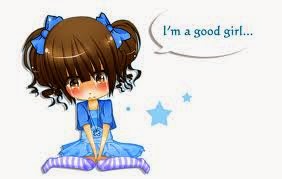 In the childhood, the "goodness list"  and rules for being good for boys and girls were common, i.e., don't lie, don't steal, be obedient to your elders etc. As we grow older, this list gets more and more different for girls and boys(I am putting aside other differences- religion, caste and class), particularly getting lengthier for girls. A good girl's attributes as set by the society have made a good girl as the "rarest of the rare breed".
Being a girl, she already has to play multiple roles in two different families, yet conditions imposed on them to qualify as a "good" girl makes it impossible to be one. I will define these conditions and attributes later in the letter followed.

The obsession for a good girl can be seen in the search for a "adarshvadi and sanskaari” bahu. Not only to qualify for a family, but also she has to be a good girl for her survival as well(else she might be raped and killed for not abiding by the rules). And a near impossibility of being a "good girl" is forcing people to go for a shortcut, i.e., female foeticide, directly cutting the root cause("Na rahega baans, na bajegi baansuri").

I will dwell deeper into this topic via a small letter, I am going to write to my future generation(here I am assuming it to be my granddaughter). I assume myself as a good girl(as the society sees) and advising her to be good girl(as I see it).

Dear granddaughter,
Your mother has probably taught you how to be a good girl. You might have been given the sphere you are not supposed to cross. Your games(barbie, ghar-ghar), your hobbies(dancing), your fantasy(to get married) has already been defined for you, and probably you have already been conditioned for them. I know you don't like all these, you asked me for the latest version of Tekken. You asked me to experiment with the screwdriver instead of sewing machine(play models). I pray you could continue making these wishes, while doing what you love instead of falling into the illusion of mumma's good girl. Here and today, I am warning you to not fall in that trap because that "good girl" image is unattainable.

I know now you are confused, how come my grandmother is asking me to go against the society, this is against the "manners" of society. Let me give you a clarification with an example of my life. In my childhood(like yours), I made my desires subservient to my duties and expectations of the society, for instance, I was supposed to talk and laugh with softly(to suppress the loudness), taking dance lessons despite I wanted sports lessons, I was supposed to clean the house when my brother was playing cricket, I was supposed to wear the uncomfortable frocks with the irritating kaajal in my eyes. In my teenage, I needed to learn cooking(with varietal food as A+ marks) and sewing. I was supposed to choose arts as the study field despite my interest being in science. I fulfilled all these expectations, and I thought everyone was happy, and my happiness laid in the same. I thought that I had become the "good girl".
When I needed to enter in college, I thought meritorious performance would let me spread my wings ( and I could also study away from home in a famous institute), but that too was just a dream. I was supposed to be close to the family so as to be secure and save extra expenditure on my education. And then a guy started stalking me on my college route for a long time. I didn’t have the courage to tell my family, and the day I complained against him, it was my studies which were to be banned. Somehow, I managed to ask my family to continue my studies on the condition that I needed to cover my whole body even in the scorching sun.

Then came the "rush for marriage and get career settled period". Obviously I was 23 now.
So, I was expected to look pretty(pretty meant slim and fair), to wear good clothes at the functions, so that someone would like me. I needed to focus properly on my assets (beauty) because that was the only achievement I had. And then a stranger came to see me with his family to seek my hand in marriage; I agreed without talking to him or worrying about my education that remained incomplete. The elders in the family were pleased, they called me a “good daughter” and I thought I was happy.
Then I entered in my new home. I requested to my in-laws for continuing my studies to shape my career. But no, strict no- how could I be safe at workplace. Somehow fortunately, I managed to get a teaching job(despite I didn’t like it as well). Probably everyone was happy with that(easy job with 2-3 hours of workload not a big barrier for my family responsibilities, local posting with in-laws, daylight job with decent earnings). But then started the adjustments of married life, my husband got transferred. Obviously I needed to move with him because I was supposed to give him space and freedom. So, I took a break from my current career and continued it at a new place with new struggle. And, then I was blessed with your father(one more responsibility), and I needed to end up my career to serve him well. I lost my friends meanwhile, meeting first family already became an occasional event. I was taken for granted by my parents, my in-laws, my other half and my own children. And when I lost myself in devotion towards my family, I was called as a "good daughter-in-law".

Today, at the age of 65, when I try to look back into my past, I could only see the unfulfilled desires (when I see a lady sportsperson winning gold medal- I wish if I could be one of them), scattered dreams and still unsatisfied society. I became the obedient puppet for whole of my life and danced on the tune of my near and dear ones as well as far ones. I did all that for the acceptability later to realize that it can become unacceptable just by writing this letter in public.
So my dear, set yourself free from these obligations which are endless and go for wherever your heart takes you.
Spread your wings as much as you want and achieve whatever you aspire.

Your granny
For those who can’t read it completely. I would summarize the do's and don'ts for a good girl set by society:
This exhaustive list can be written in mathematical equation as:
Good girl = Obedient daughter + devoted wife + traditional (susanskaarit) daughter-in-law + responsible and sacrificing mother + understanding sister + adjusting girlfriend + domestic work horse + disciplined as armymen + biologically fit

Doesn't a good girl sounds like a "barbie"- who doesn't exist in real world. Please stop judging a girl. Let her be a girl only..
at January 04, 2015