Should a woman change her maiden surname after marriage?

In 3 idiots movie, the heroine shows concern over adopting the surname of Ranchoddas Shamaldas "Chanchad" after marrying the hero. In the climax the name of hero turns out to be something else, Phunsukh Wangdu. This time as well the reaction of heroine was same.
Once I saw one of my didi who kept her last wedding card laminated, probably because that was the last formal document carrying her original name. It seems like a RIP given to your surname. :( 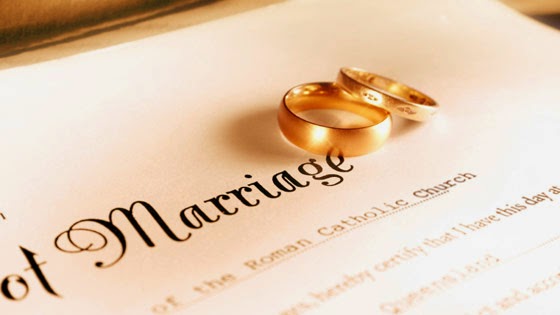 What is so special in the maiden surname and why a woman needs to leave it after marriage?

Most of the time, this issue never gets attention because it is rare (atleast in India) where our community is slightly conservative and the so-called obedient children married within the same community. Thus, no surname change. So children need to rarely bother, whose surname they carry.

But here we are going to discuss the case where a woman has to undergo a surname change, probably because it is the sign of possession by the man over woman. Sometimes this issue becomes serious enough to lead to divorce. If a woman wants to hold on to her name because that is her identity – and in a way it will always be, she is termed as a feminist. It crosses the light, when some people even try to change the first name of woman as well with the argument of  making the lady auspicious and lucky for the home.

This identity crisis may not bother everyone, but to whom it does it, might not always be justified by the ego of the lady. There are real problems faced by these women. Applying for a job, they need to produce their marriage certificate along with any ID proof, as if marriage certificate is her identity. She need to renew her passport. And obviously as expected the patriarchal society, a man has comfort in this domain. Any married couple with different surnames are seen as two people having affair without society's sanction.

This fact bothers me more when it is love marriage, where the boy was supposed to love the girl with her maiden name, yet has to change his preference after marriage. And a girl has to leave it up as a sign of love and devotion. As if being a human being doesn’t give her right to  keep her identity.

Some people give argument, that what is in the name? If that is the case, Can I call a day as night and a night as day? Obviously, no. The term is associated with the phenomena. So is the name of a girl. She is carrying this term from her childhood, retaining it on all of her documents, why should she leave it after an event, marriage? Won't it be a kind of plastic surgery given to her seizing her identity?

As the woman are becoming career oriented, they need to carry their identity along with. Suppose a girl A become girl B, first she needs to reformulate her documents carrying hassles of affidavits proving that her both names belongs to her. Second, her acquaintances cannot search her on records, facebook except seeing her in personal.

I have one question over the significance of surname. If the name signifies belongingness to one's family, does it mean the girl no longer belong to her original family? Most of the conservatives are going to justify it with the argument that, once a girl get married, she should never spend more than one night at her home. She should never return to her home, it’s better to die with her in-laws rather than to come back.

We just need to ponder over the question, if a woman takes her husband’s name in marriage, is it a sign of commitment or of inequality?
Recent controversy over "Thaali"- mangalsutra is another example of how the imposition of any identity which is limited to women only and sign of inequality. Karwa Chauth - why a women need to do it? Doesn’t the husband want her back? Though, there is a huge list, I will restrict myself here only.

Personally, I think it is a decision best left to the couple, it reflects the strength and trust in the relationship. It’s a human nature, if you impose something on them they are going to revolt, so leave them along and let them decide.

Thus we can conclude, changing maiden surname is one of the stereotype and expectations from a woman. A woman should have enough freedom to decide what she wants for herself. After all, marriage is about growing one's family not leaving them.
at March 23, 2015