My friend: he or she?

How will the world be like if divided into two groups - feminists and male chauvinists or better to say misandrist and misogynist? Obviously we don’t want that, we have grown up watching both the genders existing together in families and other social webs. 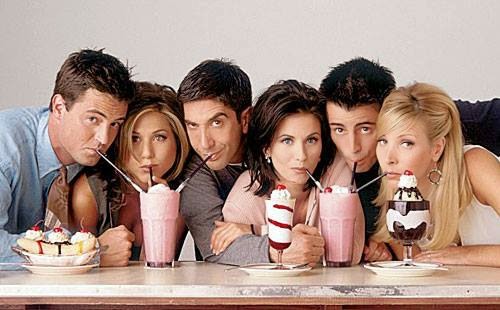 Lets start from most fundamental relation in this world- friendship. The problem of what ‘type’ of people one should and should not befriend, has been asked in every house atleast once in a life. Most of the time, these questions revolve around the prejudices and stereotypes formed due to differences in culture, religion, region, intelligence and gender. Yes, gender too, probably this is one of the strongest stereotype derived from bollywood movie's dialogue- "Ek ladka or ladki kabhi dost ni ban skte"(Courtsey: Kuch kuch hota h). It is simply assumed that they have nothing in common and their discussion will their interaction will always end up in romance.

If a girl has a lot of male friends it's common for her parents to ask "tumhare class me koi ladkiyan nahi padhti ya tumahri ladkiyo se kyu ni patti?" Its people's mentality to think that if a girl and boy are friends then there is something else going on between them.

Lets argue about it logically, what are the benefits of having opposite gender as friend and what are the cons of not having so.

First, this friendship will create a healthy perspective and develop rational thinking.
Second, this will burst the stereotype and reduce the gender gap because you are personally aware of the other person. Stereotypes like superiority of male over female, female as second fiddle, girls need protection, boys don’t cry, will be extirpated from the society.
Third, society at the large will be more tolerant and acceptable to the differences.
Fourth, mingling up of opposite genders will create respect for each other, as it is already proven that kids who mingle up with the opposite gender are more social and adjusting. In the absence of which men may grow up to be indifferent, insensitive and inconsiderate towards women. Women may grow up to be paranoid, disgusted of men.

If not given a chance to understand the dynamics of different genders by mingling, this will create permanent conditioning in the mind of both the genders. We have already been witnessing gender violence, rape culture, fraudulent dowry cases against men due to this lack of understanding and crude mindset. All these things are a big blow to the society.

As far as friendship is concerned, it doesn't have any limitation on the basis of same sex, age, culture, color, race or religion.  It is purely a pious relationship between individuals who share their personal thoughts amongst each other, have trust and understanding. We should never try to bind it with our hard fencing like prejudices. Just imagine the happiest moment, if your friend is with you in your happy as well as sad moments in front of whom you need not pretend to be someone you are not.

Male & female are suppose to be the ‘Yin & Yang’ energy of the universe. And in the most fundamental relation of friendship, we should make multiple small happy universes.

This is the politics and conspiracy of the society we have been born into. Something as fundamental as friendship can also be the reason for division, how vulnerable we are?

If still you don’t believe in the above post, go and watch Friends serial, that a boy and girl can be "just friends".
at April 29, 2015