A human being is inherently good at heart who wont do any harm to others. When we judge someone, we assume act of omission or commission on the part of the other person and began doubting their intention and unknowingly create grudges. This creates distance in relations. Being a social animal, it should worry us because we jeopardize so many relations on daily basis. An easy way out is: always give benefit of doubt even to your enemy, don’t just assume some/other thing. Whatever he/she is doing has some reason, whatever he/she is has a story behind it. Even in worse conditions, always try to lean towards a favorable view of someone. 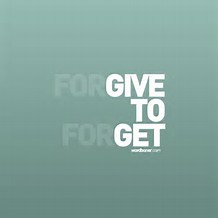 Whatever said above, it doesn’t imply that human doesn’t make mistakes, "Being human is to err". We as a human being has a tendency to paint a person on the basis of his/her past mistakes and justify it by saying "Once bitten twice shy". Again, we are seizing away the opportunity from that person to come clean in future. May be that is the reason human being is not inclined to make honest admissions of his mistake which further spreads distrust. Because deep down inside he/she has fear of being judged. This results in wall of secrecy even in very close relations.

This further deteriorates if the person who is judging is part of larger gossip club because then he is imposing his perception on others too. And again being the same human and tendency to assume it to be true, others also form opinion. And the cycle goes on.

Don’t judge people because indirectly it means you are denying what you are not by putting that blame on others. Also, some day you can be in their place too. Better, you treat everyone the way you want them to treat you.


Forgive and forget and start with a new beginning each and every time there is a downturn.
at April 04, 2017